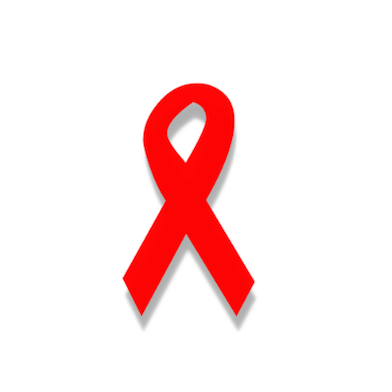 December 1 is World AIDS Day, designated since 1988 as an international day dedicated to raising awareness of the AIDS pandemic caused by the spread of the HIV infection. It’s also an opportunity to mourn those who have died from the disease.

I volunteered as a Community AIDS Educator in the late 80s. I decided to get involved, because I was looking for a way to help my sons become aware and informed. I made them watch the training videos with me, and our living room became a sex-ed learning center for curious adolescents in our neighborhood.

As an AIDS Educator, my first choice was to talk to kids in the schools. But it turned out that, at least in America, we weren’t allowed in the schools back then, because we might say the word “condom” in front of teenagers.

AIDS was mainly showing up in the gay community in those early years, and many adults didn’t want to talk about what was happening. When I spoke to groups, no-shows and walkouts were normal. And large audiences meant that the management had required the staff to attend. One college class threatened to boycott me, because I wanted to bring along an HIV-infected person, even though the CDC had begun informing the public that HIV was not airborne-spread. So I went to the class alone and played a recording of my friend explaining his feelings about being ostracized.

I also volunteered as an AIDS Buddy to people infected with HIV. My supervisor asked me to be the Buddy of Chris, a young man in the final stage of AIDS, already in the hospital, about to slip into a coma. When I arrived, Chris lay in the bed, emaciated, with KS lesions on his face and arms, and his devastated parents sat nearby.

I felt inadequate and just acted on instinct. Ignoring the warnings about body fluids, I sat on the edge of the bed, held his hand and introduced myself. I returned each of three days, until Chris died. His mom asked me to be at his funeral, and she said it had comforted her, that I’d been willing to hold her son’s hand and talk kindly to him.

My most challenging Buddy was a single woman with two young sons. My role was to help her make phone calls to get the help she needed. I found it difficult, not only because it was challenging to watch her with her sons, while knowing what was coming in their near future, but also because she was very angry. At first, she even seemed to resent me, and I thought that we weren’t a good match, because I was healthy with happy sons back home. The days I visited her were the nights I cried myself to sleep.

Over time, she opened up to me. And I realized that her anger made her life more bearable than her depression did, because the anger gave her back some of the power that the depression took away, and she could function a bit more easily. Either way, my only option was to just keep caring.

If you didn’t live it, it’s difficult to grasp how terrifying AIDS was in the 80s. Testing positive was a short-term death sentence.

According to the Centers for Disease Control and Prevention, about 1.1 million people in the United States have HIV today. And one in seven of them don’t know they have it. Approximately 50,000 Americans become newly infected each year.

It’s clearly a battle that’s still being fought in the lives of many people. 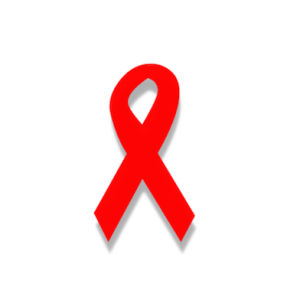