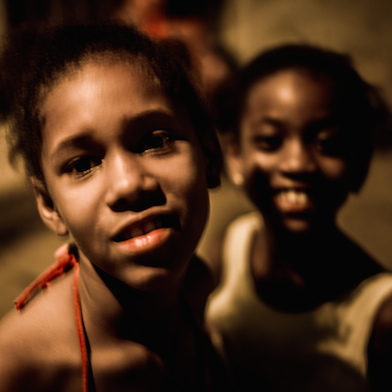 We never outgrow the basic need we had as children for love, expressed through concentrated attention, affection and unconditional acceptance. And we’re all walking around looking for it, all the time.

Imagine a parent who wants his teenager’s behavior to change. He makes a list of the things she’s doing and tells her, “If you’ll stop doing these things, life will be better for you.” What goes through the girl’s head?

She already knows what the problem is. It’s likely that she even knows what to do, and why. So what will she do?

She’ll continue doing what she’s been doing. And this is the message behind her behavior: “I understand that I need to change. I’m even willing to change. But I won’t change until you accept me exactly as I am, even if I don’t change.”

If the rules of a household have been explained well, most children know what appropriate behavior is, and they don’t need more instructions. They don’t misunderstand the problem or the solution. And they can even correct their behavior themselves, quickly and automatically.

What it takes is a sincere message from the adults that says, “You don’t need to change yourself to get my love. And I’ll support you, no matter what.”

WE’RE ALL LOOKING FOR ACCEPTANCE

What’s true for children is also true for the rest of us. When we feel accepted by people, we’ll even ask them for advice since they don’t have a vested interest in the outcome.

But if people aren’t willing to accept us as we are, we’re likely to refuse their suggestions, no matter how kindly they’re delivered.

As couples, we can get stuck in a pattern of trying to change each other. And if our partners or children believe that we’ll accept them only if they behave “our way,” they’ll carry a fear of not meeting our expectations.

If we’re judging, criticizing or just generally telling the people around us what they should do, fear will be the foundation of those relationships. And we’ll never know those people as intricate and unique beings, or understand the special elements that make up their distinctive choices of beliefs and lifestyle.

WHAT OUR KIDS REALLY WANT

When our children come home from school and can’t wait to tell us about their problems, they’re rarely looking for solutions. Instead, they’re looking for understanding that they have problems.

They’re masters at claiming, “It’s not fair!” And if we respond with all the reasons why it is fair, and why it will be better if they’ll just do what we suggest, we’ll miss the point.

And the kids will argue every point we bring up, because that’s what they do when they’re asking for understanding and not receiving it.

They know we care about them. They know we’re trying to help. And they’re still driven to find that missing piece of the puzzle, which is unconditional acceptance.

We’re focused on repair and resolution. And they’re saying, “I just want understanding and approval.”

WE’RE ALL ASKING THE SAME QUESTION

Their communication is not about the issues. It’s about a need that they’re experiencing. And that’s what they’re really asking. When we answer that question, they’ll figure out how to take care of the rest.

What’s the question? There’s only one question we’re all asking, in every interaction: “Will you show me love?”

If our answer is, “Oh, your problem isn’t that serious. Here’s a solution for you,” we’ve missed their message. If instead we say, “I care about you, and I’ll stick with you while you’re dealing with this,” they’ll figure out their own problems, and also the solutions. 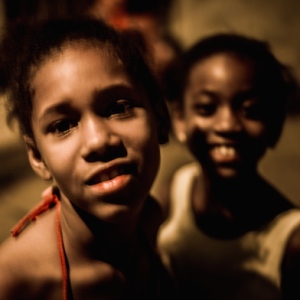