During my years as a single parent, there were times when we ate oatmeal for dinner because it was what we had, and times when I kept the school proofs because I couldn’t afford to buy the actual photos, and one time when the tooth fairy left an IOU note.

During the tough times, I used to whine a lot. And I could build a strong case for victimization around lack of money, cars breaking down, people hurting and betraying me, lousy options and missed opportunities. And I found it easier to blame people and circumstances than to take responsibility for what was happening.

I was deep into the Second Act of my life. And Act Three was a long way off.

Shakespeare said that “All the world’s a stage, and all the men and women merely players.” My teacher said a similar thing – that our lives take the form of a play, which we’ve written and we’re acting out.

Act One is where the major conflict is introduced and the players begin to impact us. Act Two focuses on the resolution, but first we’re likely to have some dark nights of the soul. And Act Three is where we finally figure out what we’re doing.

Act One, which usually comprises our first twelve years, is where a major challenge develops. And our cast of characters gets involved, letting us know the nature of their roles and in what ways they’ll affect us.

Maybe we grew up in poverty, which left us with a mistrust of life. Maybe we had learning difficulties and felt ashamed. Maybe we suffered with health issues and felt weakened. Maybe we experienced abuse and ended up with feelings of betrayal. Or maybe someone chipped away at our sense of value, leaving us feeling inadequate.

The major conflict of our Act One is whichever factor we believe inhibited our success. And we benefit from identifying it, because naming it depowers it.

Act Two is where we begin to take charge of our lives. It’s often a race to get out of our parents’ house, or to get out of our first marriage. We think we’re free, leaving the old self behind! But really, we just took all our stuff with us. And we end up working it out with other people, which is why many of us “marry our parents.”

Avoiding resolving our conflict can get so intense that our ability to function effectively and be happy is affected. And eventually, we feel compelled to do something about it. There’s no hurry though, we can take as long as we want, decades even.

During my single parent years, I could be obnoxiously blamey. How did I finally change? Well, it wasn’t simple, and it took years.

Fortunately, I always had good support, even when it didn’t appear that way. Seen and unseen forces, pulling me forward toward something better.

In my Act One, my mom introduced me to teachings about the mind-body-spirit connection. It’s as if a guardian element was present, even as my conflict was actualizing. And as I moved into my Act Two, I threw myself onto my teacher’s path so that I could grab the wisdom he was making available.

Eventually, I just couldn’t take my own negativity anymore, and I wanted a better alternative. I began to actually apply what I was learning.

I stopped trying to force people – my ex, my boss, my landlady, my neighbors, my government – to change so that I could feel better. I stopped whining and blaming. And I learned to pay more attention to what was going well and to capitalize on that.

And it really is true that when you commit to forward steps, a force of goodness gets behind you and begins shoving. As William Hutchison Murray wrote, “The moment one definitely commits oneself, then Providence moves, too.”

My teacher said that most conflict arises when there’s a separation between the me I’m being and the me I truly am. Yet, hardly any of us get it that everything is about me and me and has nothing to do with anyone else.

The good news is that challenge is normal and beneficial, and we’re using our relationships to resolve our original conflict and to heal ourselves. The bottom line is that Act Two calls on us to take responsibility for everything in our lives.

We’re doing it all, and we can do it better by doing it consciously. And getting all this worked out lets us move on to Act Three.

I’m pretty sure I’m in Act Three now, where I’m figuring out what I’m doing. At least I pop into it regularly. Maybe I fall back into Two every now and then. My teacher said we do that to remind ourselves how far we’ve come and where we’re heading.

Three decades in a loving marriage, living internationally, doing what I love, and having all that I need. But still, it matters to me that I matter.

When we get to our Act Three, we naturally want to make a contribution. “I want to be a great author or a great teacher, a missionary or a minister! Let me be responsible for a healing breakthrough or a message of enlightenment! I want to leave behind a magnificent legacy!”

Here’s what my teacher said about focusing on a legacy in Act Three. It’s true that each of us has a great gift to give. And yes, it will count for good. But no one sent us here with a to-do list. And no one’s watching us to see whether we accomplish anything. So making a contribution isn’t a requirement or an obligation.

What’s life all about then? Our purpose is simply to value this planet, and this body, and this life; and to learn how to live harmoniously, first with ourselves and then with others; and to enjoy the process. We only have to be the joyous, radiant, made-of-love beings we truly are. And that may turn out to be the best contribution we can make – the gift of being who we truly are. 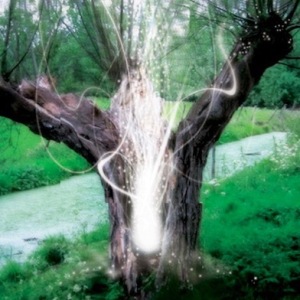