My husband and I live less than a mile from a mosque and several Arab-owned shops in the Netherlands, including our butcher who is originally from Morocco. His store is similar to a community center, bustling with friendly internationalism, and chants playing as background music for the customers to enjoy. I bike over regularly for things like pomegranates and dates. I also buy tenderloin from him, because I know he feels a responsibility to his Moroccan immigrant community, to give them the best quality meat.

The Netherlands has a long history of accepting and welcoming immigrants. And for the most part, people get along well. There was some tension after 9/11, because people were afraid. Complicating it further, about that time, the mosque began playing the traditional call to prayer from its minaret on Friday afternoons. Members of the nearby Catholic Church began to complain. Some even said that, since the Adhan was sung in Arabic, there was no way to know whether they were calling for prayer or inciting Jihad. So the church began to play its bells over the mosque’s chants. It became pretty noisy on Friday afternoons.

Finally, the imam and the priest sat down together and talked it out. Fortunately, they were thinking win-win, rather than “I must win, so you must lose,” in which case everyone loses. Instead, they used some rules for arguing effectively. By the time they came together, they had already made the two necessary agreements: Yes, we have a problem and it’s affecting both of us. And yes, we’re willing to do whatever it takes to fix it. So they came to a resolution quickly.

The Catholic Church went back to playing the bells on Sunday mornings. And the Mosque continued to play its call to prayer on Friday afternoons. And everyone continued to shop at the butcher’s store, getting along and gaining from the diversity. 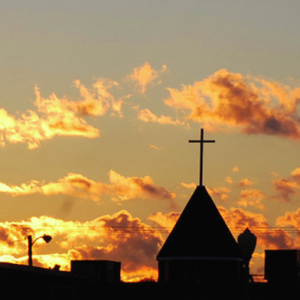