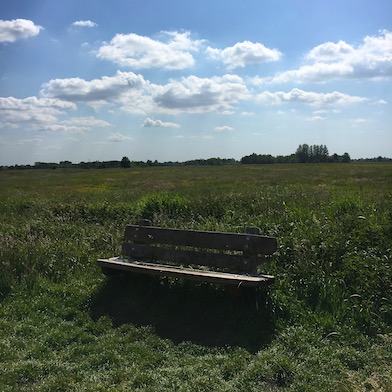 1. THEY MAINTAIN THEIR INTEGRITY

Effective communicators know what their true intention is. And they hold that focus, instead of doing something else.

Ron was an altar boy in the Catholic church from age seven to seventeen. Toward the end, he felt disheartened, believing that churchgoers practiced ineffective relationships  and communications Monday through Saturday, as though feeling guilty and asking for forgiveness in church meant that changing their ways wasn’t necessary. So midway through a service one Sunday, not wanting to continue participating in something he didn’t feel good about, he stepped from behind the altar and walked down the aisle and out the door for good.

When he was twenty, he sat for a university exam at the end of his first year of civil engineering. The other students worked to answer the test questions while he stared at the pages. He was contemplating five more years of study in a career field he didn’t like, and a life built on that. Finally, without a word, he stood up, dropped the booklet in a trashcan, and exited the building, and an unwanted future.

In both cases, he made his decision without second-guessing it. He set aside his fear of the consequences and acted on his inner knowing.

2. THEY SAY WHAT THEY MEAN

There are as many viewpoints as there are people, and all people are right according to their perspectives.

Ron was fired from one of his first jobs, as an internal mail carrier for an insurance company. Male employees weren’t allowed to wear open-toed shoes, because of a corporate image policy. And Ron objected. He told the manager that it wasn’t fair that the women could wear sandals while he couldn’t. So they cut him loose.

3. THEY MONITOR THEIR BELIEFS AND PERCEPTIONS

Our beliefs are thoughts that we keep thinking until they seem true. And our communications are filtered through our beliefs. So effective communicators regularly examine their beliefs and perceptions, and they drop the ones that aren’t supportive and that don’t contribute to a situation.

A member of my family told me that he doesn’t want to see me anymore, because our beliefs are different. At first, I felt bad and blamed him for the way I felt. “If he would be different, I could feel better.” Eventually though, I stopped giving him the power to determine how I feel, by stopping believing that he had that power.

4. THEY’RE NOT AFRAID OF MAKING MISTAKES

I sometimes freelance as an editor for foreign companies, fixing typos and cleaning up awkward text. One client who is not a native English speaker regularly challenges my work, insisting that he knows better. Even when I show him the accepted grammar rules, he refuses to make the changes. His priority has changed from whether the business materials are right, to whether he is right.

Competing to be right means that being better than others has become more important than supporting their worth. And when decisions are motivated by fear, a need to be first and best will become the dominant driver.

When we feel all right about making mistakes, and we’re willing to take a risk, mistakes lose their power to affect us negatively. When we’ve already decided that it’s all right to make mistakes, whatever we do will be all right.

5. THEY’RE CLEAR, RATHER THAN TOUGH

Confusion in communication is commonplace. So our best strategy is to view it as a creative force that fuels change and pushes us toward new directions.

On a trip to Tunisia, Ron and I fell in love with a piece of traditional Islamic art made from sixty tiles, hand painted in one of Tunis’ long-established studio-warehouses. To bring the piece home, we would need to pack the individual tiles in our carry-ons. So the manager had one of the artists number the backs of the tiles, so that we could reassemble it later. Back home, we discovered that the numbers were written in Arabic, completely indiscernible to us! So we turned the tiles over and put them together like a jigsaw puzzle.

6. THEY LISTEN ON PURPOSE

Effective communicators know how to listen for people’s intentions, without being sidetracked by their words.

One of my friends told me that he was the only one on his university dorm floor who could run a washing machine and he ended up helping everyone with laundry. I learned a lot from that exchange. Wanting my sons to be independent, I taught them how to run our washer and made them responsible for their laundry, even though the youngest was only six.

Knowing people’s reasons for doing what they do makes it easier to understand what they say about it.

7. THEY KNOW WHEN TO BE ACTIVE AND PASSIVE

Balanced communication includes sending and receiving. The sender expresses in an assertive, active way, while the receiver listens in a receptive, passive way, until they agree to switch places.

Effective receivers are willing to set their opinions aside to understand the other person. One of my friends hasn’t learned to do that yet. She still holds an image of her sister, from when they were young, as judgmental and condemning. And because she believes she’s right, evidence keeps showing up. So for now, her opinion blocks her ability to understand her sister.

Effective senders find ways to keep receivers interested and engaged, and the best way to do that is to care about the other person. At the beginning of our relationship, Ron offered to knit a sweater for me from some gorgeous fuchsia and pearl angora wool. Halfway through, I told him I didn’t like the style he’d chosen. So he unknitted the sweater, gave away the wool, and never mentioned it again. Looking back, I probably could’ve sent more effectively!

When two senders express simultaneously, both trying to get their points across, conflict often occurs. They may believe that receiving is the weaker position, so they try to gain control by talking louder or by not listening. And when two receivers remain receptive and neither expresses actively, indecision occurs. And then they can’t make up their minds about which restaurant to choose.

8. THEY KNOW THAT EVERYONE HAS TELLS

Our true intentions always reveal themselves, because it’s not possible to tell a lie without telling the truth at the same time. Whatever we think and feel will come forward through our nonverbal signals.

One evening, my sons found a treasure map on the sidewalk outside our house. It looked authentic, with torn and singed edges, a drawing of a skull and crossbones, and a diagram of our neighborhood with a red “X” marking a spot. The guys couldn’t wait to search for the treasure, and Ron agreed to help. Following the map’s instructions, they all walked the “path” through the “gras;” they crept down the boardwalk “stairs” to the “beach” by the “ocean;” they solved the riddle of the “43” (piling) next to the “X;” they sat in a circle holding hands, repeating the “magic word: yetzirachoc;” and finally, they dug for the “treasure in the sand.” What was under the “X?” The buried treasure turned out to be sodas and candy. “Wow! This is amazing!” they all agreed, as they sat by the shoreline in the moonlight, eating and drinking their treasure. “Who left the map?” they would wonder for years, always missing the clue in the word “gras,” which is how Ron spells grass in his native Dutch.

Whenever we observe people revealing their tells, most important is to put them at ease by acknowledging their needs and by assuring them that our support is constant.

If we turn our biases into our personal truth so that we can be right, meaning that someone else has to be wrong, it becomes life-alienating for everyone involved and cancels the possibility for win-win.

One of my friends prepares separate meals for her son, always catering to his wishes. Her sister doesn’t want the extra work and feels proud that her baby daughter eats what’s served. Both mothers are right from their viewpoints, and they made decisions that work effectively for them. But if either mother says, “I’m right, and my sister’s wrong, and she should do it my way,” her decision will work less effectively, and its rewards will be cut off.

A win-win attitude means that judgments, criticism and blame are off-limits. Acknowledging the strengths of others, and focusing on cooperative partnerships, is how the whole becomes greater than the sum of the parts.

10. THEY KNOW HOW TO INFLUENCE EFFECTIVELY

People are persuaded more easily by what they discover themselves than by what others tell them. So influencing effectively means asking people questions so that they can discover for themselves what sets them in motion.

I grew up in a cabin in some woods alongside a lake. My parents had guns, and I was trained early how to handle them with caution and how to shoot empty cans off a log. I always wished I could aim as well as my sister who could shoot mistletoe out of the treetops. My mom still lives in the woods and still sleeps with a .45 pistol in her bedside table.  A few years ago, she had an extra gun and offered it to my son. I didn’t want him to take it, because I believe guns attract gun energy, which he’s better off without. As he and I talked about his motivations for whether to own a gun, I gave him the space to find his own answer inside himself, remembering that I could choose to feel OK, no matter what his choice would be. In the end, he turned it down. And I was thrilled!

Effective communicators live what they want to convey. They believe in the power and potential of their message to go beyond simply providing information, to producing an experience. They don’t believe that their audience needs to be fixed. Yet they never give up on the possibility that individuals may receive something helpful. And they are up-lifters, because they care about their listeners, no matter how they respond.